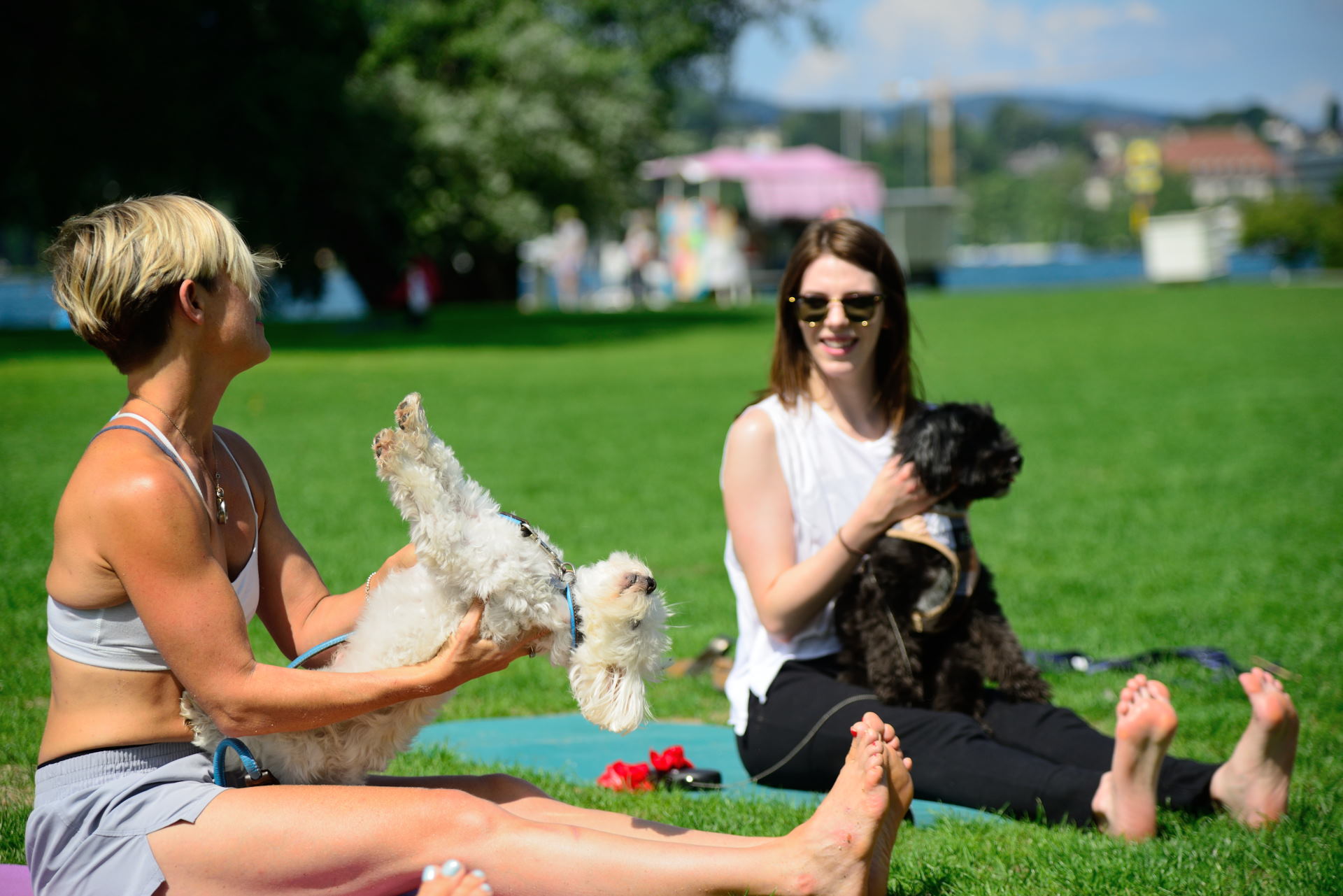 The UK is celebrating National Dog Day AUGUST 26TH and so is MUSEUM OF LONDON meaning you can bring your dogs to the Museum on that day!!!

Dogamahny TM and The Museum of London have joined forces offering kids-friendly dog yoga session throughout Monday.They’ll be lots of stands from which you can purchase gifts for your pets and the UK’s most famous pet photographer will be around taking pics. Evening Standards “Marcel-Le Corgi” will be on-site to take pictures with you and your family.

We are delighted to collaborate with such a historical venue and landmark in British history. It gives us great hope that London is truly becoming dog -friendly and we hope that our dogs will soon have access to restaurants, bars, Boots hotels and most important supermarkets.

To purchase your DOGA TICKET for the workshops CLICK HERE 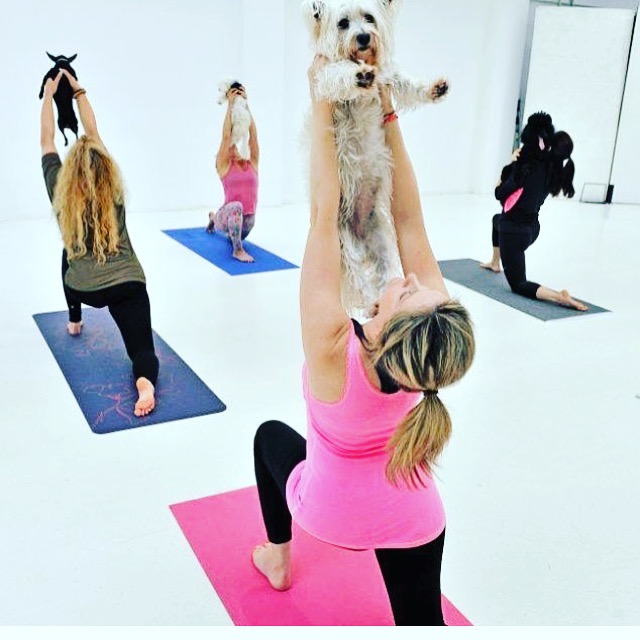 We are delighted to be featured on national News in France – Telematin with our own introduction to Doga “ french – style “ . Last year my dog and I were kindly asked to appear on France Has Got Talent but we sadly had to decline due to my armbone surgery.

We hope we can entice the french nation this year with a spot if Doga . We salut LA FRANCE because you are what is called a True Nation of Dog Lovers !!! Salut ! 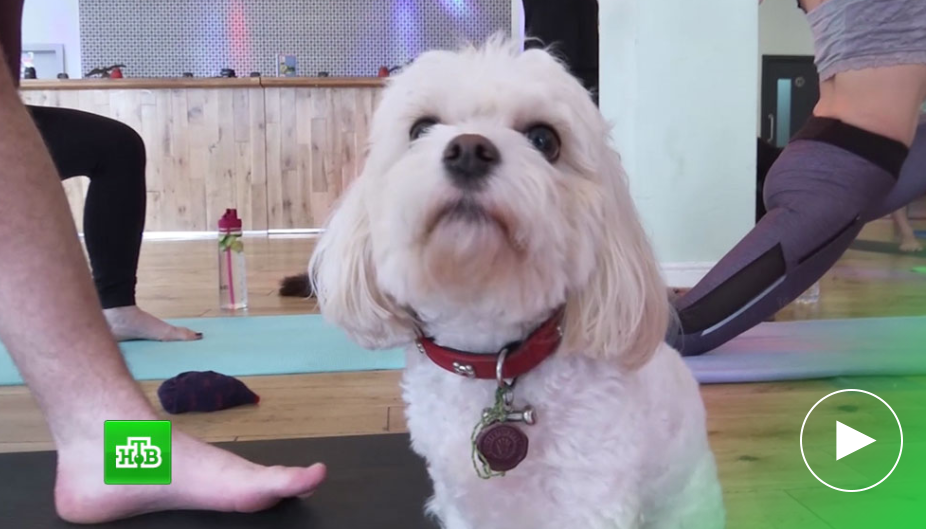 So lucky to be featured on Russian TV, DOGA is going to take over the world!! 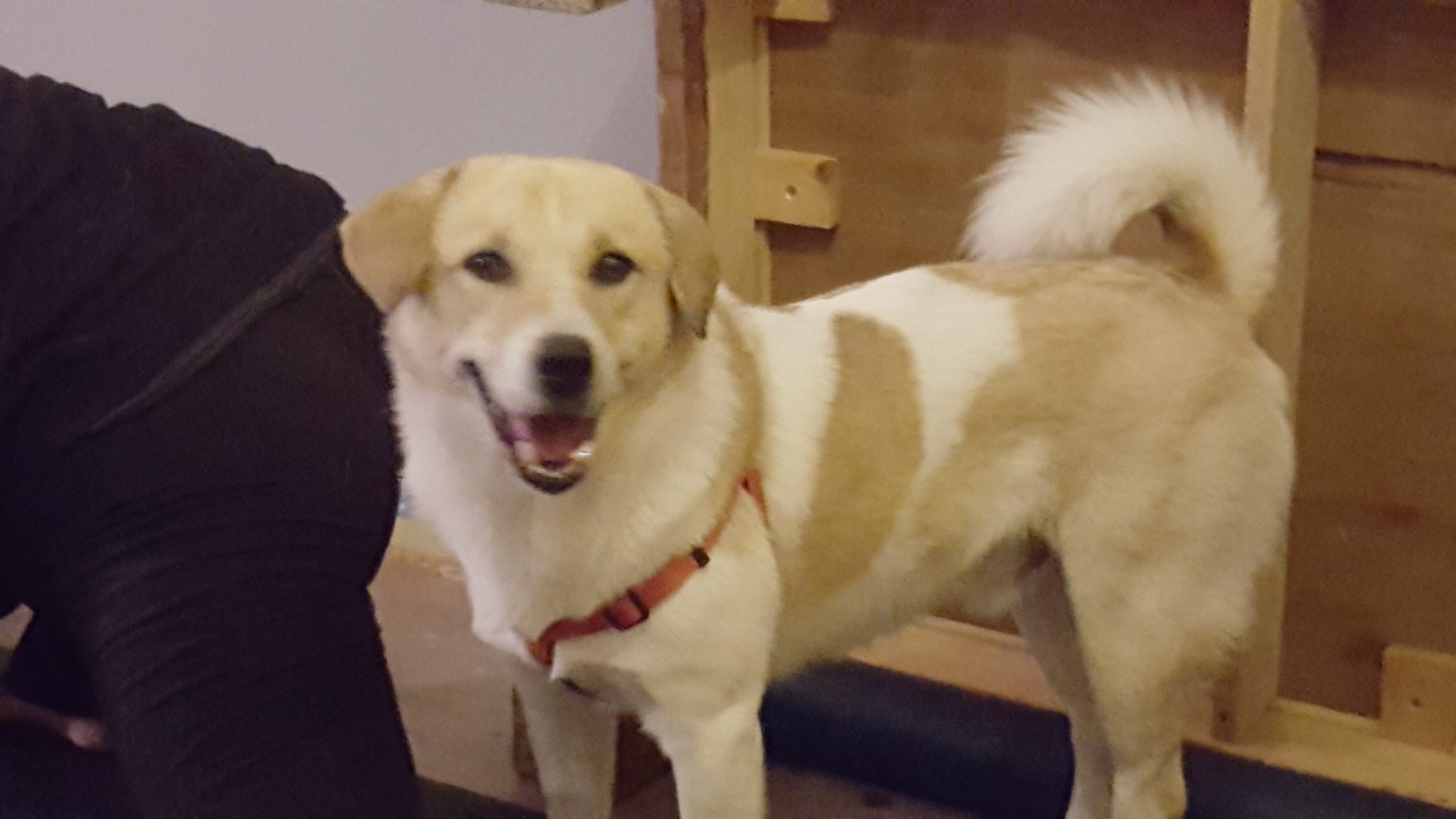 I have tried nearly “everything ” in my capacity to create awareness about the Dog Meat Trade  In Asia, especially Yulin Dog and Cat Meat Festival in China.

I’m sure by now, my dear reader, you must have heard of the senseless animal torture on the 21 st June which is held in a Chinese province called Yulin.

The word “cruel” is an understatement. For one, all dogs and cats are “stolen goods”. Two, they are driven in trucks stacked with hundreds of cages over 35 hours across the country dehydrated, starved and infested. By the time they arrive at a Yulin slaughterhouse the dogs only hope is that death will release them quickly.

Since the Chinese believe that meat tastes better when the dog’s adrenal glands are pumping at the time of death, they’ll use way of methods that are beyond our western comprehension. The dogs are usually kicked or beaten to death or else stripped down to their flesh, stuck in boiling hot water. Burning them alive is another way of a method.

.Yulin festival alongside the Boknal dog soul festival (Korea) is one of the worst animal massacres in the world.

THIS IS THE STORY OF HANSUM

Hansum was close to slaughter as he sat in his cage contemplating why humans could be so awful. He was counting the seconds to his death. A little relief, a piece of mind. He was missing his pack very much. See, Hansum like many of the Yulin dogs are street dogs and have been stolen by dog meat vendors from nearby provinces, towns, and cities.

Hansum was a street dog. He had a normal street dog kinda life. Survival had been hard, but never this hard. He had trouble breathing and his immune system was so low and close to -shut down he was picking up deadly viruses from the other tortured dogs.

But a man called  Marc Ching came along with a soft whisper. Hansum could barely hear him.The man’s hands were clearly trembling, Hansum could tell. “It’s ok buddy, we’ll get you out in no time .” said the man.

Why would anyone try and set him free … when everything is too late? So many of his peers have died in these cages and Hansum knew in his heart he would be next. Why should he be an exception to all the other dogs?

Hansum prayed that Marc would go away .… Just in case… Just in case … this man would fail him, like all the other men.But Marc stretched out a hand through the cage and stroked Hansum’s ears. It hurt so much to be stroked. He needed water so badly and that’s exactly what Marc gave him.

Marc opened the cage and carried Hansum in his arms until he was safe at the shelter nearby.

Hansum’s is one of the very few Yulin dogs who actually “made it “.Too many dogs after their rescue mission die. They’ve got no life in themselves. No will to survive. Their little bodies just give up. Marc and his people saw many dogs pass away in their arms and never will it get any easier … it cant … they are created by God. 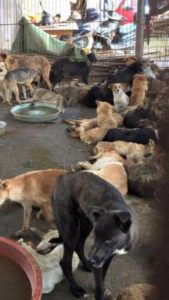 Hansum flew over 6 months in of recovery to the USA. In the UK was a lady called Elizabeth Coe and she no longer could watch the torture of Yulin Dog Meat Festival, so she decided to get in touch with Animal Hope and Wellness Foundation.

She flew over and met her Hansum face to face in Los Angeles the home of Marc Ching’s shelter.

Hansum was in a terrible state but fit enough to fly into the UK where the real recovery would take place. A new home in the Cotswold awaited him. A doggie bed and a warm blanket, hugs and kisses and tons of love and care from mummy and daddy.

Fast-forward one year and I got in touch with the beautiful lady called Elizabeth. I knew I had to get in touch with the first UK citizen who rescued a Yulin Dog from China. I had a Chinese news channel covering my Dog Yoga class for the CHINESE NEW YEAR OF THE DOG. At first, I taught, how ironic when it was me who would campaign outside the embassy each year rolling out my yoga mat and perform doga moves with my dog Robbie with my middle finger stuck up in warrior 3.

This time I had to grab the opportunity by the balls. I had to get the first Yulin dog to doga … so we could tell his story for the CHINESE NEW YEAR OF THE DOG.

Hansum is our Mascot. And we will continue campaigning until this festival and the dog meat industry cease to exist. 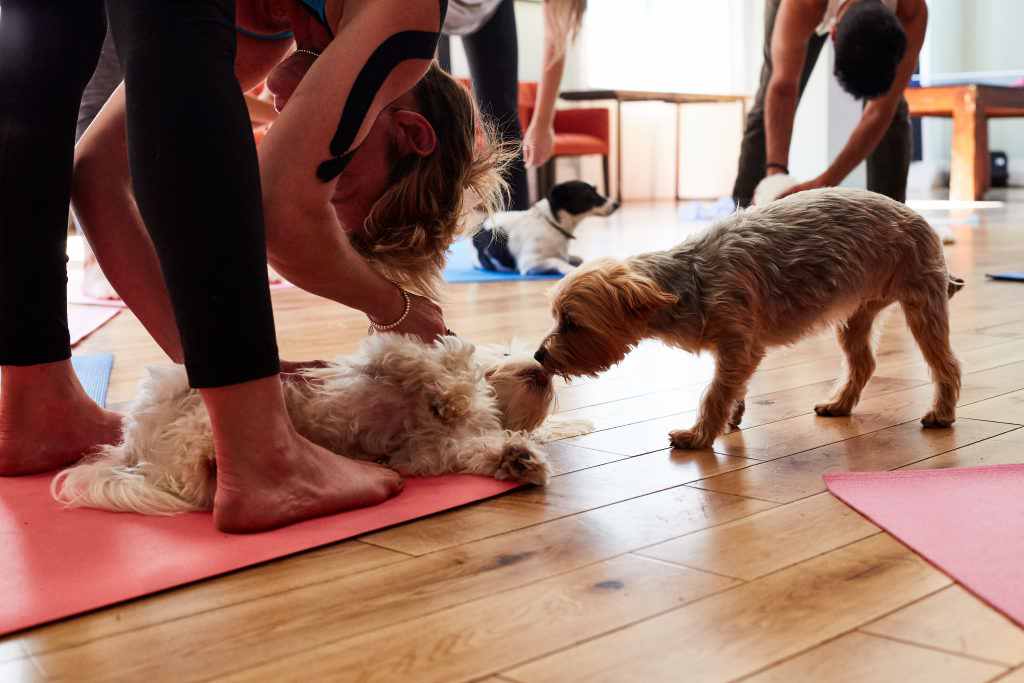 Doga is coming to Primrose Hill

The Engineer Pub in Primrose Hill , near Regent’s Canal & Dogamahny TM are delighted to announce their collaboration .We will be shortly holding our first dog yoga launch above the Engineer pub . This comfortable Victorian function room holds the capacity of 12 yoga mats . 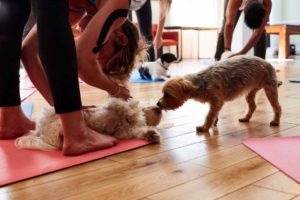 Please ensure you keep you eyes posted on our class updates . Pre-booking is essential. Yoga mats are not provided .

Watch our for puppacinnos ( doggie cappuccinos ) and winos downstairs and a 20 percent discount on all pub meals .

We look forward welcoming our north Londoners to this amazing launch . 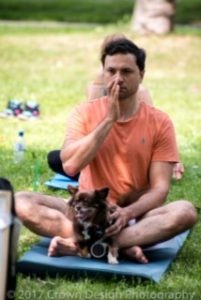 WHY DOGA IS THE NEW YOGA
( by Mahny Djahanguiri )
Surprisingly enough (...or maybe not …) my company Dogamahny TM has seen an influx (50 percent ) in ticket sales purchased between July and Dec 2017 .These figures will triple in the next coming months .
DOGA IS HERE TO STAY

But what about our furry feline companions ?Here's how your cat can work out https://pawsomekitty.com/best-cat-exercise-wheel/

Our main customer /client are beginner yoga students & non-dog owners .
This goes to show that DOG YOGA or DOGA-yoga For You and Your Dog is no longer a niche and a " crazy concept" but a commercial mainstream yoga phenomena like BIKRAM was in 2010-2015 .
The answer is simple : DOGS make us feel special. DOGS don't judge unlike some yoga studios .

Market Research has proven that "Newcomers to yoga " find-doing yoga in a non-yogic environment less threatening then going to a yoga studio.

Maybe choosing to go for your first yoga lesson that entails going to a " slick" yoga studio with some snotty receptionist awaiting your money with a half hearted Nama-stay - and — now-go , as you make your way upstairs yoga session with 27 stressed out yogis in a broom cupboard oozing more vitriol and competitiveness then Donald Trump on twitter .…Err.… ...Less ...compelling?

DOGA enables newcomers to chill , relax and aim for less . 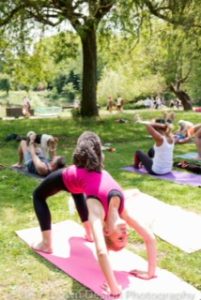 Dogs usually await us at reception with a warm hearted "woof " or lick without asking for credit card details or your e-mail address. If your lucky, you get the chance to see a quick demo of " cock the leg" as you inhabit and roll our your yoga .Dogs do a paw-some " Tripod Down-dog " which frankly puts Shiva Rea to shame .( if only Shiva Rea owned a pair of piddle friendly doggie yoga pants designed by Dogamahny TM)

Yes, ...doga gets messy. SO WHAT! Isn't that the aim of yoga to deal with our own shit ?

Especially in this day and age of "WAR OF THE HAND STANDS " curtesy of Instagram, I frankly cant watch another video of some dudess on a beach in South End performing yet another yoga pose calling it " bliss " whens its plain obvious that she's freezing her nuts off. Wear some clothes , woman !
Instagram promotes too many inversions and not enough layers. 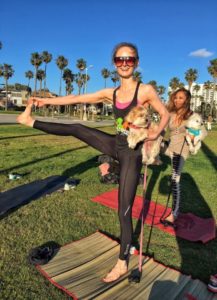 The new YOGA practitioner doesn't want "yoga snobbery ".What they want is to SHARE.
They want to interact and be part of a community and go away with a sense of purpose of belonging .They want to feel like they have done some yoga , but not so much that they had to sweat and need a shower.
The new yoga client is frankly quite lazy and a bit bored of stretching.

Modern day yoga newbies don't want sweat .… They want to be liked and like others. Familiar ?Dogs help to break the ice .You might even get yourself a date.Dogs gets you a date and possible even a new dog !!!!
Watch out for next years DOGA ADOPTION DAY.
People share each others dogs , so non-dog owners can have a go at taking care and petting something sentient and living ....…AND you learn yoga from a certified yoga teacher who doesn't know how to do FUCKING handstand ... isn't that amazing ?
Because guess what , handstands don't make you happy... headstands do !
And because we are all crap at yoga ...you needn't worry about that your flexibility either.
You can now focus your mind on your breath , your calm and your dog .
Dogs want to participate because they sense our joy and ease not our distress and competitiveness.
They sense our vulnerability and need to be loved just like us ... and thats frankly YOGA. A two way stream.An Interaction not an addiction.
SO.....
Lets aim for all yoga teachers and studios to become more welcoming and real like our dogs .Spend less time on Instagram and more time on the mat. Adopt , borrow or steal a dog and join doga. 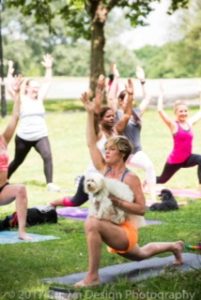 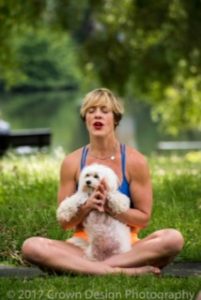 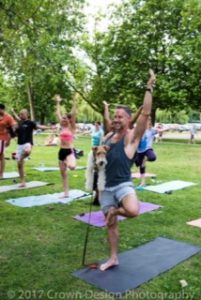 Doga Is Taking Over London | PetInsider
Dog yoga at studios like Doga Mahny is taking hold in London. Its great exercise for you and your dog and it helps relieve stress.
PETINSIDER.COM